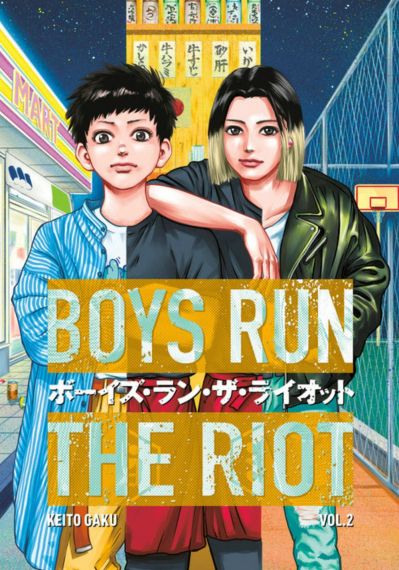 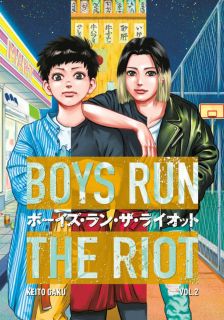 A transgender teen named Ryo finds an escape from the expectations and anxieties of his daily life in the world of street fashion. This personal, heartfelt, fictional story from a transgender manga creator made waves in Japan and will inspire readers all over the world!

Ryo and Jin have started their own fashion brand, Boys Run the Riot. Now they just have to get the word out there! But the world of fashion is a cutthroat business of patronizing adults, and the boys will have to get creative—and save some cash—if they want to get their brand off the ground and be taken seriously. Working part-time is hard enough, but for Ryo, being transgender makes it even harder. In work, friendship, and romance, he struggles to decide whether to come out as his true self. However, when he befriends his cool coworker Mizuki, the closet door begins to open…

Series Overview: High schooler Ryo knows he’s transgender. But he doesn’t have anyone to confide in about the confusion he feels. He can’t tell his best friend, who he’s secretly got a crush on, and he can’t tell his mom, who’s constantly asking why Ryo is always “dressing like a boy.” He certainly can’t tell Jin, the new transfer student who looks like just another bully. The only time Ryo feels at ease is when he’s wearing his favorite clothes. Then, and only then, the world melts away, and he can be his true self. One day, while out shopping, Ryo sees an unexpected sight: Jin. The kid who looked so tough in class is shopping for the same clothes that Ryo loves. And Jin offers Ryo a proposal: to start their own brand and create apparel to help everyone feel comfortable in their skin. At last, Ryo has someone he can open up to—and the journey ahead might finally give him a way to express himself to everyone else.