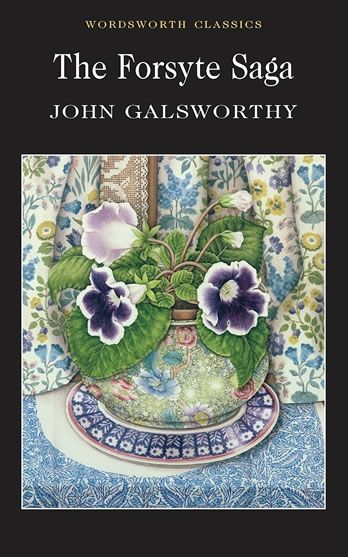 When The Forsyte Saga was shown on television in 1967 it was hugely successful. The nation was gripped by the masterful visual telling of the Forsyte family's troubled story and adapted its activities to suit the next transmission._x000D_
_x000D_
The Forsyte Saga, comprising The Man of Property, In Chancery and To Let is here produced by Wordsworth for the first time in a single volume. Initially, the narrative centres on Soames Forsyte - a successful solicitor living in London with his beautiful wife Irene. A pillar of the late Victorian upper middle class, materially wealthy, his appears to be a golden existence endowed with all the necessary possessions for a 'Man of Property', but beneath this very proper exterior lies a core of unhappiness and brutal relationships._x000D_
_x000D_
The marriage of Soames and Irene disintegrates in bitter recrimination, creating a feud within the family that will have far-reaching consequences.