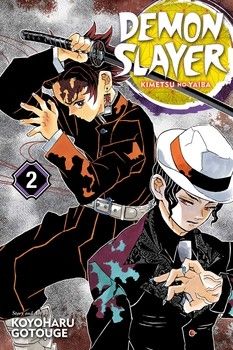 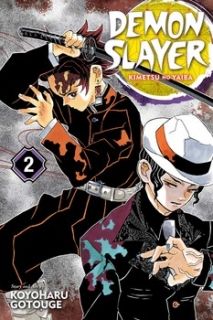 In Taisho-era Japan, Tanjiro Kamado is a kindhearted boy who makes a living selling charcoal. But his peaceful life is shattered when a demon slaughters his entire family. His little sister Nezuko is the only survivor, but she has been transformed into a demon herself! Tanjiro sets out on a dangerous journey to find a way to return his sister to normal and destroy the demon who ruined his life.

During final selection for the Demon Slayer Corps, Tanjiro faces a disfigured demon and uses the techniques taught by his master, Urokodaki! As Tanjiro begins to walk the path of the Demon Slayer, his search for the demon who murdered his family leads him to investigate the disappearances of young girls in a nearby town.