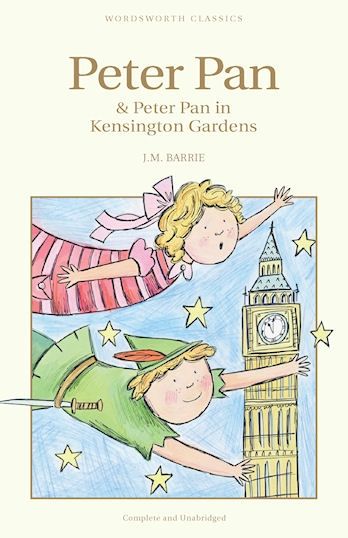 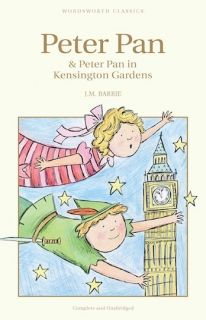 The magical Peter Pan comes to the night nursery of the Darling children, Wendy, John and Michael. He teaches them to fly, then takes them through the sky to Never-Never Land, where they find Red Indians, wolves, Mermaids and... Pirates. The leader of the pirates is the sinister Captain Hook. His hand was bitten off by a crocodile, who, as Captain Hook explains 'liked me arm so much that he has followed me ever since, licking his lips for the rest of me'. After lots of adventures, the story reaches its exciting climax as Peter, Wendy and the children do battle with Captain Hook and his band._x000D_
_x000D_
Peter Pan in Kensington Gardens is the magical tale that first introduces Peter Pan, the little boy who never grows any older. He escapes his human form and flies to Kensington Gardens, where all his happy memories are, and meets the fairies, the thrushes, and Old Caw the crow. The fairies think he is too human to be allowed to stay in after Lock-out time, so he flies off to an island which divides the Gardens from the more grown-up Hyde Park - Peter's adventures, and how he eventually meets Mamie and the goat, are delightfully illustrated by Arthur Rackham.