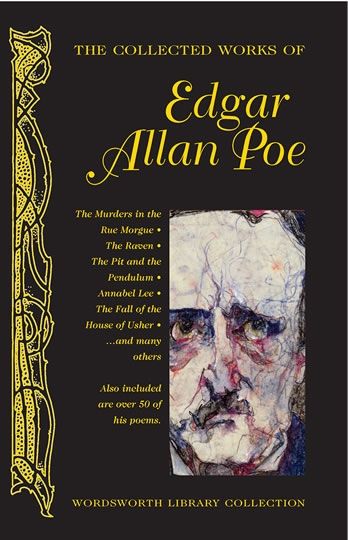 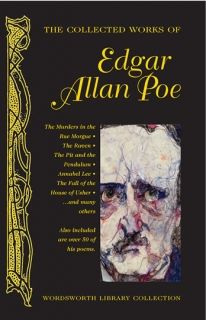 Edgar Poe was born the son of itinerant actors on January 19th, 1809 in Boston, Massachusets. Abandoned by his father and the later death of his mother, he was taken into the foster care of John Allan, a Virginia tobacco farmer. Now styled as Edgar Allan Poe, he distinguished himself at the University of Virginia but was equally adept at collecting debts from his assiduous gambling. His stepfather's disapproval shattered their fragile relationship and Poe left home to seek his fortune._x000D_
_x000D_
In 1836 he married his cousin Virginia but despite his prolific activities - journalism, poetry, lecturing, short stories, publishing, criticism and experimentation with fictional genres, including the detective novel which he virtually invented with the publication of The Murders in the Rue Morgue (1841) - he received scant recognition for his efforts until the publication of The Raven in 1845. The poem's instant popularity gave him a new visibility in literary circles, but his personal situation remained desperate: poverty, illness, drink, and the physical decline and ultimate death of Virginia in 1847 led to his untimely and premature decline. In 1849 he was found sick, injured and semi-conscious in a Baltimore tavern. Taken to hospital, he lingered on for four days, but never recovered and on October 7th Edgar Allan Poe died at the age of 40._x000D_
_x000D_
He was one of the most original writers in the history of American letters - a genius who, thanks to his dire reputation, was tragically misunderstood during his lifetime. It was not until Baudelaire enthusiastically translated his work that he found a wider audience in Europe, and became not only an enormous influence on modern French literature but also on the acclaimed work of writers such as Dostoevsky, Conan Doyle and Jules Verne.