My Heart & Other Black Holes 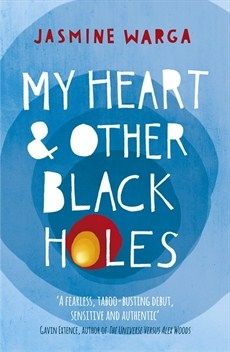 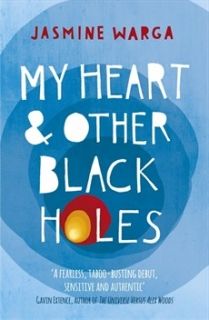 A brilliant and heartbreaking new novel for fans of John Green's The Fault in Our Stars and Rainbow Rowell's Eleanor & Park, about two strangers who want to die... and, in meeting each other, learn how to live.

I'm getting higher and higher and I feel the swing set creak.
'Be careful,' he says.
'Why?' I'm not thinking about being careful. I'm thinking about one last push, of letting go, of flying, and of falling.
'You aren't allowed to die without me,' he whispers.

Aysel and Roman are practically strangers, but they've been drawn into an unthinkable partnership. In a month's time, they plan to commit suicide - together.

Aysel knows why she wants to die: being the daughter of a murderer doesn't equal normal, well-adjusted teenager. But she can't figure out why handsome, popular Roman wants to end it all....and why he's even more determined than she is.

With the deadline getting closer, something starts to grow between Aysel and Roman - a feeling she never thought she would experience. It seems there might be something to live for, after all - but is Aysel in so deep she can't turn back?