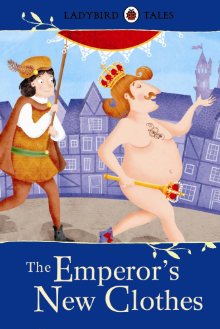 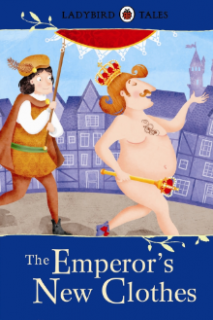 This beautiful hardback Ladybird edition of The Emperor's New Clothes is a perfect first illustrated introduction to this classic fairy tale for young readers from 3+. The tale is sensitively retold, following the story of the vain emperor who is taken in by a pair of trickster weavers.

Other exciting titles in the Ladybird Tales series include The Three Billy Goats Gruff, Cinderella, The Three Little Pigs, Jack and the Beanstalk, Goldilocks and the Three Little Pigs, The Gingerbread Man, Hansel and Gretel, Little Red Riding Hood, Sleeping Beauty, Rumpelstiltskin, Snow White and the Seven Dwarfs,Rapunzel, The Magic Porridge Pot, The Enormous Turnip, Puss in Boots, The Elves and the Shoemaker, The Big Pancake, Dick Whittington, The Princess and the Frog, The Princess and the Pea, Chicken Licken and The Little Red Hen.

Ladybird Tales are based on the original Ladybird retellings, with beautiful pictures of the kind children like best - full of richness and detail. Children have always loved, and will always remember, these classic fairy tales and sharing them together is an experience to treasure. Ladybird has published fairy tales for over forty-five years, bringing the magic of traditional stories to each new generation of children.