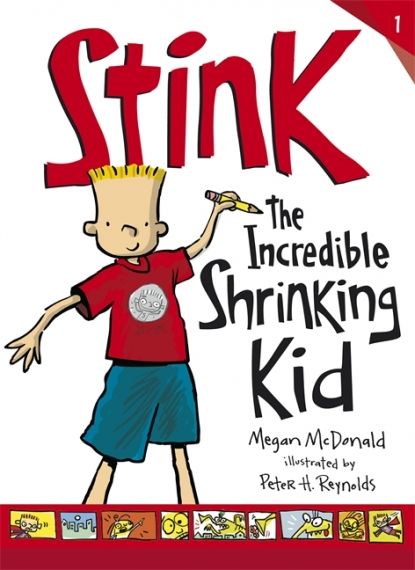 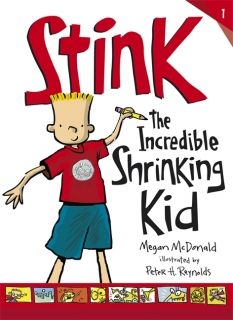 Help! Stink is shrinking! Judy Moody's little "bother" will try anything to make himself taller in the first book in the series.
Perfect for fans of Captain Underpants, Mr Gum and Horrid Henry, this is the first book in the hilarious series about Judy Moody's little "bother", from bestselling duo Megan McDonald and Peter H. Reynolds. Stink is short. And now he's shrinking! Every day he makes his moody older sister, Judy, measure him. When one day he measures up shorter, Stink decides that the time has come to take action! But gelling his hair into spikes fails, and Stink soon realizes that maybe being short isn't such a problem – he'll just have to wait till he's older if he wants to be taller. A must for comic book fans, this book features inventive comic strips of Stink and his larger-than-life adventures!