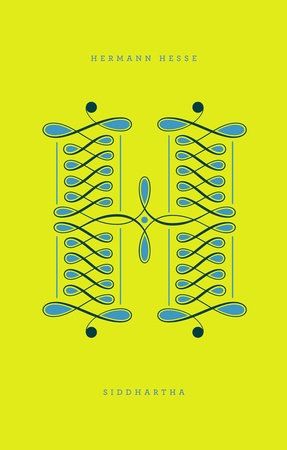 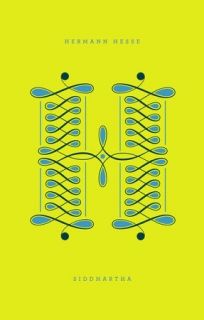 It all begins with a letter. Fall in love with Penguin Drop Caps, a new series of twenty-six collectible and hardcover editions, each with a type cover showcasing a gorgeously illustrated letter of the alphabet. In a design collaboration between Jessica Hische and Penguin Art Director Paul Buckley, the series features unique cover art by Hische, a superstar in the world of type design and illustration, whose work has appeared everywhere from Tiffany & Co. to Wes Anderson’s recent film Moonrise Kingdom to Penguin’s own bestsellers Committed and Rules of Civility. With exclusive designs that have never before appeared on Hische’s hugely popular Daily Drop Cap blog, the Penguin Drop Caps series launches with six perennial favorites to give as elegant gifts, or to showcase on your own shelves.

H is for Hesse. A young Brahmin named Siddhartha searches for ultimate reality after meeting with the Buddha. His quest takes him from a life of decadence to asceticism, from the illusory joys of sensual love with a beautiful courtesan, and of wealth and fame, to the painful struggles with his son and the ultimate wisdom of renunciation. Integrating Eastern and Western spiritual traditions with psychoanalysis and philosophy, written with a deep and moving empathy for humanity, Herman Hesse’s strangely simple Siddhartha is perhaps the most important and compelling moral allegory the troubled twentieth century ever produced.