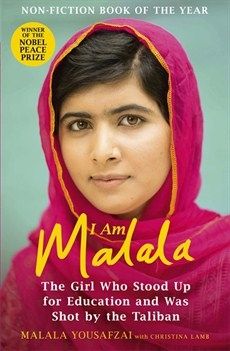 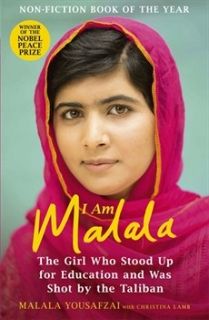 The bestselling memoir of youngest ever NOBEL PRIZE winner, Malala Yousafzai, the schoolgirl who stood up to the Taliban.
*Winner of the 2014 Nobel Peace Prize*

In 2009 Malala Yousafzai began writing a blog on BBC Urdu about life in the Swat Valley as the Taliban gained control, at times banning girls from attending school. When her identity was discovered, Malala began to appear in both Pakistani and international media, advocating the freedom to pursue education for all. In October 2012, gunmen boarded Malala's school bus and shot her in the face, a bullet passing through her head and into her shoulder. Remarkably, Malala survived the shooting.

At a very young age, Malala Yousafzai has become a worldwide symbol of courage and hope. Her shooting has sparked a wave of solidarity across Pakistan, not to mention globally, for the right to education, freedom from terror and female emancipation.

Malala Yousafzai came to public attention by writing for BBC Urdu about life under the Taliban. In October 2012, she was targeted by the Taliban and shot in the head as she was returning from school on a bus. She miraculously survived and continues her campaign for education. In recognition of her courage and advocacy, Malala was honoured with the NATIONAL PEACE PRIZE in Pakistan in 2011. She is the youngest ever person to win the NOBEL PEACE PRIZE, taking that honour in 2014. She was shortlisted for TIME magazine Person of the Year and has received numerous other awards. Malala continues to champion universal access to education through The Malala Fund.