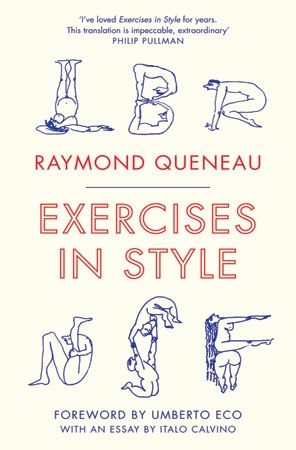 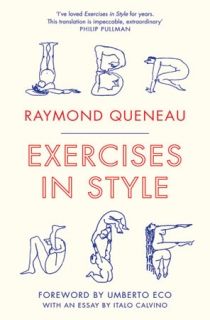 On a crowded bus at midday, the narrator observes one man accusing another of jostling him deliberately. When a seat is vacated, the first man takes it. Later, in another part of town, the man is spotted again, while being advised by a friend to have another button sewn onto his overcoat.

Exercises in Style retells this apparently unremarkable tale ninety-nine times, employing a variety of styles, ranging from sonnet to cockney to mathematical formula. Too funny to be merely a pedantic thesis, this virtuoso set of themes and variations is a linguistic rust-remover, a guide to literary forms and a demonstration of imagery and inventiveness.