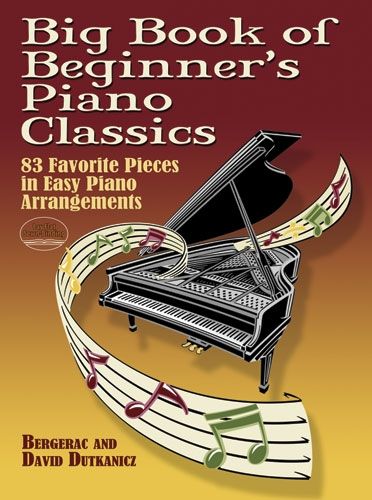 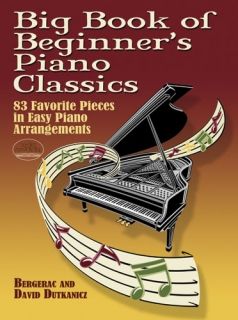 Beginning pianists of all ages will cherish this excellent compilation of beloved piano classics. Each piece has been carefully selected and simplified to help students develop their skills. The special arrangements also offer novices the pleasure and satisfaction of playing music that's usually beyond their grasp.
Some of the master composers are represented by several pieces each: nine works by Bach include Jesu, Joy of Man's Desiring; Mozart's Rondo alla Turca appears along with eight other selections from his oeuvre; seven by Chopin include Funeral March; the "Emperor" Concerto, Ode to Joy, and "Für Elise" are among the eight Beethoven features; and eight by Tchaikovsky include Dance of the Sugar Plum Fairy from The Nutcracker. Other well-known pieces include Hungarian Rhapsody No. 2 by Liszt, Brahms' "Lullaby," Morning Mood by Grieg, Haydn's "Surprise" Symphony, plus compositions by Schubert, Verdi, Debussy, Handel, Mendelssohn, and others.