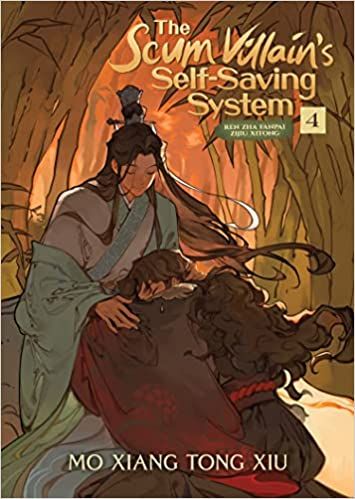 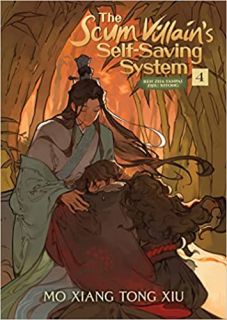 What happens after an epic tale ends? This collection of eleven short stories picks up days after Scum Villain’s finale and follows the cast’s relationships and adventures through their pasts and futures. The first trial? A glimpse into another world, where Luo Binghe was never saved by his beloved teacher—unless he can claim this world’s Shen Qingqiu for himself. Other tales recount the riotous history of Shang Qinghua and Mobei-Jun, the bittersweet romance of Luo Binghe’s parents, and the untold tragedy of the original scum villain himself. This limited Special Edition contains the same book contents as the Standard/Regular Edition, but with bonus merchandise shrinkwrapped to the book: a set of 4 postcards, a bookmark, 2 folded mini posters, and a sticker sheet, all featuring exclusive new artwork by guest artists! FINAL VOLUME Series Overview: Half-demon Luo Binghe rose from humble beginnings and a tortured past to become unrivaled in strength and beauty. With his dominion over both the Human and Demon Realms and his hundreds-strong harem, he is truly the most powerful protagonist...in a trashy webnovel series! At least, that's what Shen Yuan believes as he finishes reading the final chapter in Proud Immortal Demon Way. But when a bout of rage leads to his sudden death, Shen Yuan is reborn into the world of the novel in the body of Shen Qingqiu--the beautiful but cruel teacher of a young Luo Binghe. While Shen Qingqiu may have the incredible power of a cultivator, he is destined to be horrifically punished for crimes against the protagonist. The new Shen Qingqiu now has only one course of action: get into Luo Binghe's good graces before the young man's rise to power or suffer the awful fate of a true scum villain! This Chinese fantasy (xianxia) comedy built around the romanticized love between two men (danmei) has been translated into numerous languages and inspired the animated series Scumbag System, which amassed millions of streaming views--including the English version on YouTube through Tencent Video. As the first novel series by Mo Xiang Tong Xiu to spur a global multimedia franchise, this incredibly fun tale led the way to her future blockbusters in the danmei genre: Grandmaster of Demonic Cultivation and Heaven Official's Blessing. The Seven Seas English-language edition will include exclusive, all-new covers and interior illustrations from Xiao Tong Kong (Velinxi) and feature a translation by Faelicy (faelicy) & Lily (lily_ocho).