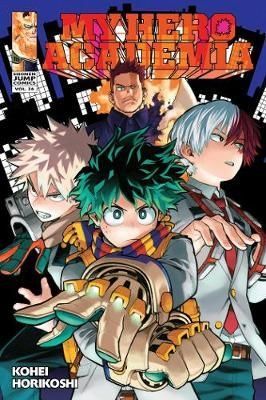 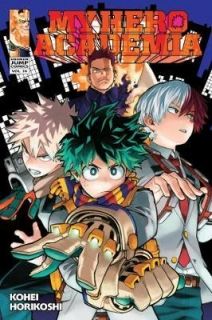 What would the world be like if 80 percent of the population manifested superpowers called "Quirks"? Heroes and villains would be battling it out everywhere! Being a hero would mean learning to use your power, but where would you go to study? The Hero Academy of course! But what would you do if you were one of the 20 percent who were born Quirkless?

Hawks and the Safety Commission have managed to get their hands on some top secret information. A big villain attack is coming, and the heroes must do all they can to prepare. As part of these preparations, Eraser Head and Present Mic pay a visit to Tartarus prison, while Midoriya, Bakugo and Todoroki begin training under Endeavor in order to become fighters who can stand on their own. In the meantime, the boys will have to survive a dinner party at the Todoroki household!