Moby Dick is the story of Captain Ahab’s quest to avenge the whale that ‘reaped’ his leg. The quest is an obsession and the novel is a diabolical study of how a man becomes a fanatic._x000D_
_x000D_
But it is also a hymn to democracy. Bent as the crew is on Ahab’s appalling crusade, it is equally the image of a co-operative community at work: all hands dependent on all hands, each individual responsible for the security of each._x000D_
_x000D_
Among the crew is Ishmael, the novel’s narrator, ordinary sailor, and extraordinary reader. Digressive, allusive, vulgar, transcendent, the story Ishmael tells is above all an education:_x000D_
_x000D_
in the practice of whaling, in the art of writing. Expanding to equal his ‘mighty theme’ – not only the whale but all things sublime – Melville breathes in the world’s great literature. Moby Dick is the greatest novel ever written by an American. 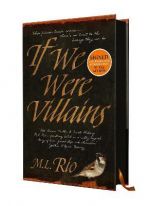