<![endif]-->
Home English books Comics and graphic novels Blacksad: They All Fall Down · Part One

Blacksad: They All Fall Down · Part One 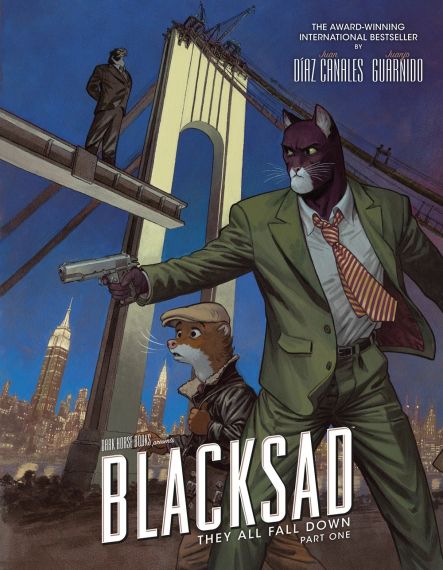 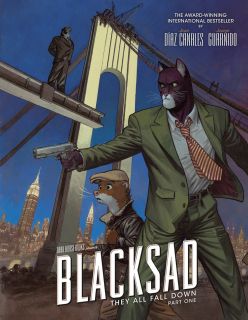 In this exceptional noir tour de force from writer Juan Díaz Canales and artist Juanjo Guarnido, the hotly anticipated worldwide bestseller returns to American shores after a seven-year hiatus with a brand-new two-part storyline! Following its chart-topping 2021 release in Europe and now translated for English-language readers by the team of Brandon Kander and Diana Schutz, this volume features feline private eye John Blacksad as he tangles with the unions, the mob, and mid-century construction magnate Lewis Solomon, who plans to pave New York City’s green space, come hell or high water. From soaring heights to terrifying depths, Blacksad must steer the right course between the lofty world of Shakespearean theater and the seedy nether regions of the city. Towering above it all is the foreboding figure of Solomon, who will let nothing thwart his dream of power. With three prestigious prizes from the Angoulême International Comics Festival as well as multiple Eisner and Harvey awards, the Blacksad series of graphic albums is a global success story, now published in thirty-nine different countries. Writer Juan Díaz Canales and artist Juanjo Guarnido have crafted a master class in comics storytelling for a worldwide audience.