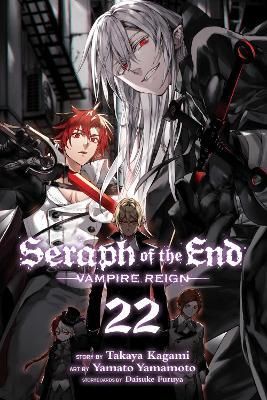 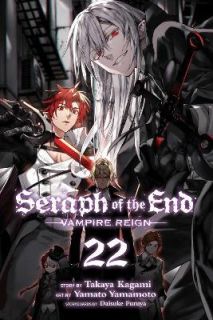 In a post-apocalyptic world of vampires vs. humans, Yuichiro brings vengeance upon his vampire overlords!

After trumpets of the apocalypse proclaim the fall of humanity, vampires arise from the shadows to rule the earth. Yuichiro wants just one thing-to get revenge by killing each and every vampire.

The battle for the fate of the world continues as the vampires, human armies and human sects converge and fight it out in Shibuya. Distraught at the loss of Mika, Yuichiro struggles to maintain control over his emotions, and he begs Asuramaru to kill him. Suddenly, Krul Tepes steps in and offers Yuichiro a glimmer of hope... Meanwhile, Guren rampages on as he attempts to right the wrongs of his past, and Ferid pays a visit to the man who turned him, Rigr Stafford.