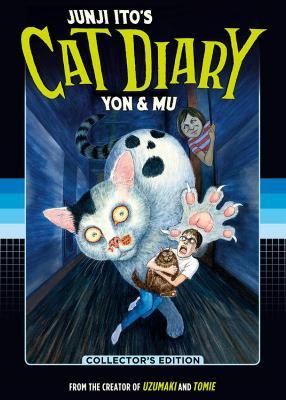 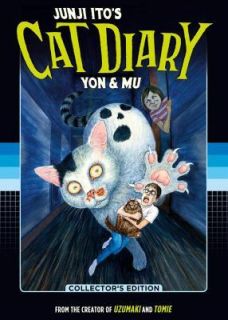 Is there anything spookier than a silent feline, eyes glinting, stalking you in the night...IN YOUR OWN HOME?? Master of horror Junji Ito turns his twisted eye on his own life in this comedic graphic memoir about becoming a cat owner, now reissued in a deluxe hardcover featuring an exclusive interivew with Ito and a NEW cover illustration by the author that GLOWS IN THE DARK! The perfect gift for the slightly-twisted cat lover in your life.

Reigning king of horror manga Junji Ito presents a series of hissterical tales chronicling his real-life trials and tribulations of becoming a cat owner. Junji Ito, as J-kun, has recently built a new house and has invited his financee, A-ko, to live with him. Little did he know...his blushing bride-to-be has some unexpected company in tow--Yon, a ghastly-looking family cat, and Mu, an adorable Norwegian forest cat. Despite being a dog person, J-kun finds himself purrsuaded by their odd cuteness and thus begins his comedic struggle to gain the affection of his new feline friends.